So recently, Huginn’s Heathen Hof decided that they were going to lead the charge in speaking out against the Asatru Folk Assembly, after the AFA’s chief gothi made a statement in support of ethnic preservation via heterosexual marriages practice in accordance with the traditions of their ancestral people. This, apparently is some form of racist homophobic hatecrime.

HHH has decided that this is an act of unparalleled evil and so put forth Declaration 127 to show how much they hate the AFA for being some sort of “heteronormative traditionalists.” I can only presume that Huginn’s Heathen Hof will likely be issuing Declaration 128 here shortly where in they declare that any performance or operation of a recording of Fiddler on the Roof is now also a racist and homophobic hatecrime.

Still, before we get into it I am going to pull some stuff from the Wild Hunt talking about Declaration 127 and some of the events around it:

TWH – In another signatory effort, the Huginn’s Heathen Hof wrote and published a statement called Declaration 127, in order to collectively “state their complete denunciation of, and disassociation from, the Asatru Folk Assembly.” Since Aug. 31, this statement has garnered the signatures of 43 organizations. The group also created a graphic for use on the websites of those affirming groups. That graphic can be seen to the left.

Public statements, similar to the one by Huginn’s Heathen Hof, have continued to circulate across social media, and have managed to filter out beyond the limits of the greater Heathen community. It was recently reported that True Friends-Camp Courage cancelled AFA’s Labor Day event after being informed of its policies and beliefs. This event was to be AFA’s first such gathering in the midwest. According to the news source, the camp cancelled the event because AFA’s “mission and areas of focus significantly conflict with [our] core values.” AFA has not made an official public statement in response to any of the develpments. However, member Joseph Bloch has published a number of blog posts commenting on the events.

Since that cancellation, there have been suggestions circulating that the Troth and other Heathen organizations or individuals were directly involved in forcing the camp’s hand. In response, Troth officials have publicly stated that they are “not at all responsible” for that action. At this point, it does appear that secular-based anti-Fascist organizations and activists, such as Conflict MN, staged a direct social media campaign to shut down the Minnesota gathering. We will continue to follow the story.

So what we can basically see happening is that HHH decided to scream that the AFA were a bunch of enthno-centric heteronormative traditionalists who were evil because they were saying they believed in preserving their people (a basic human right) and this screaming has gone so far out of the Heathen sphere to the larger world that a non-religious anti-fascist organization staged a campaign to shut down an AFA religious event.

I would like to congratulate Conflict MN on committing a religiously motivated hate crime. They have certainly managed to live up to the fascist part of anti-fascist. And I would also like to congratulate HHH for managing to motivate a religiously based hate crime…against people within their own religion (even if they are, according to HHH and the 40+ organizations who signed their little petition, excommunicated to ever lasting damnation in the fires of Hell. Oh, wait, we don’t have that do we). 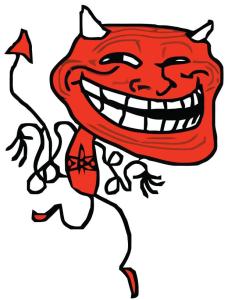 So look at that, I hear Heathenism had a problem with race based hate crimes and it’s true. Who would have thought it, really. I mean, to think that Universalist organizations like HHH, which claims that Heathenism is for everyone, are going around supplying ammunition and provocation to non-religious organizations to engage in religiously motivated hate crimes against an ethnic minority religion.

But then, this is an organization who’s declaration makes them guilty of racism against Native Americans, Jews, Muslims, many African and Latino traditions, etc. After all, this is the language they use:

The Asatru Folk Assembly (hereinafter referred to as the AFA) has a long and well-documented history of discrimination on the basis of ethnicity, sexuality, and gender identity. In a recent statement the AFA declared point blank that non-white and LGBT Heathens were not welcome in their tradition. While the undersigned organizations listed here fully recognize the AFA’s right to govern themselves as they see fit, and with full autonomy, we hereby exercise the same right.

We will not promote, associate, or do business with the AFA as an organization so long as they maintain these discriminatory policies.

I mean, by this logic, HHH and the undersigned can no longer do business with Conservative or Orthodox Jews, Muslims, or Native American Tribe in the Americas.

After all, Muslims and Con/Ortho Jews have a very, very long history of being anti-GLBT (heck, that’s where we get a lot of our anti-glbt attitudes from). Most Muslim nations execute their gay people to this day, and a majority of immigrant Muslims feel that this is an acceptable punishment for homosexuality.

Most Native American Tribes and all major versions of Judaism require you to be of the ethnicity of the tribe. Where Jews at least have a way for you to be adopted into the tribe, you still must convert, become a member, and leave your previous ethnicity behind. Most Native American tribes don’t even offer a conversion process these days, and even if you do have blood with their tribe, they have blood purity laws which disqualify you from membership in the tribe if you do not have enough pure blood in you. Same goes for a lot of ATR tribes, or so it would appear. 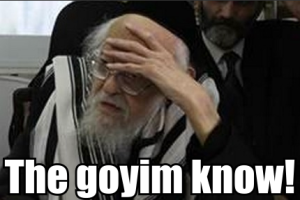 Now, HHH and its fellow signers are, of course, free to exercise their autonomy of whom they do business with. But if they truly wish to be as “non-racist” as possible then they either need to present further declarations of a similar nature stating which Jewish, Native American, Muslim, etc groups they will no longer be doing any business with or associating with. Of course, this would mean that a primarily white heathen organization was refusing to do business with Peoples of Color, which I am told is racist. Because that’s part of why the AFA is racist. Except that the AFA works with many non-European tribal groups to mutually help each other keep their traditions alive.

It’s really ironic when the “racists” would end up being less racist than the anti-racists.

Because that’s what this is. The AFA is enacting their universal human right to preserve their people and their traditions, and HHH and the rest of the D127 crowd is saying “That’s fine, you can do that, but we’re going to ethnically purge you from our religion, shun you, and attempt to starve you out by never trading with your degenerate people again.”

The AFA’s views do not represent our communities. We hereby declare that we do not condone hatred or discrimination carried out in the name of our religion, and will no longer associate with those who do. We will not grant the tacit approval of silence in the name of frið, to those who would use our traditions to justify prejudice on the basis of race, nationality, orientation, or gender identity.

The AFA is free to stand for whatever principles it sees fit.

They are free to stand alone.

To discriminate against someone is to deny them services, goods, or locations where in you have those items or are presently located (or have the ability to prevent others from locating). And like the black man at a lunch counter in 1950’s Mississippi, the AFA is not allowed to sit with the good folks anymore.

On a fundamental level, Declaration 127 is…basically a Heathen version of Jim Crow. “These people are degenerate. They are sub-human. We do not associate with them. They are not allowed to associate with us. We will not trade with them, we will not support them, we will not promote their right to self determine. We find their people, their traditions, their sexualities, all of it, is to be kept separate from us good folk.”

It is, in a simple declaration, everything they claim the AFA stands for…except that the AFA hasn’t ever gone around saying anything like this towards anyone in Heathenism or an any other religion. The worst they’ve ever said is stuff like what spark this off: “We are us, this is what we are. European born heterosexuals who believe in the traditions of our ancestors.” The worst you could get is when McNallen called for the Freikorps…because of years of thousands upon thousands of women being gang raped over in Europe and the Governments of those nations only helping the rapists to rape more.

Which, frankly, is an understandable sentiment. Unless, of course, you’re perfectly fine with rape and find the protestation of rape to be racist. Which, sadly, many a Heathen organization apparently did in the aftermath of that statement of McNallen’s. 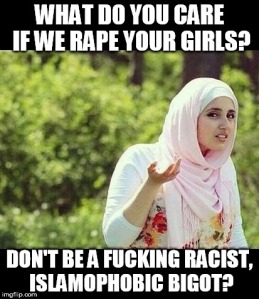 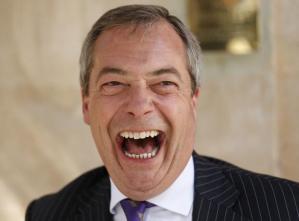 So the AFA stands alone, discriminated against by a bunch of people with racism in their heart and bigotry in their deeds. I don’t think it’s really going to affect them that much. The man who doesn’t spend time with snakes and scorpions is not bit or stung by them. As for me, I’m not going to be a bigot or a racist.

But I am going to hold HHH and the co-signers of D127 to their own will and law, and find them distinctly unHeathen for some time now due to their bigotry, racism, and sexism, I think. Since they insist those behaviors are unHeathen.