I really shouldn’t have taken the bait and gone over to the Wild Hunt. Because I found out about this: White Hindu Converts: Mimicry or Mockery?

Which, really, can be summed up with this:

The former group, the Disaporic Hindus, may not have much choice but to aspire to be accepted, despite (or because of) the proclamation of Pollyanna pluralists.

The latter group, the White Hindu Converts, in (dark and stark) contrast, have a choice to believe that they can “reverse mimic,” identify with the subaltern group and can transform from the oppressor to the oppressed, from the colonizer to the colonized. Surely such an imagined transformation is only available to those who are privileged in the first place. While the responsibility for the historical privileging may not lie with them, they cannot avoid benefitting from the ill-gotten fruits.

So, no matter their sincerity, or self-proclaimed authenticity, their mimicry seems more like mockery. And, unlike the forced mimicry of the Diaspora Hindu, which may have subversive undertones and may destabilize the dominant ideology, reverse mimicry, ironically, merely reinforces existing hierarchies and paradigms. In fact, some claim to be more “authentic” than Diaspora Hindus and, in so doing, deny the voice of those they mimic/ mock.

Which is both the main heart of the article, and really the entire point. Apparently anyone who is “White” cannot understand what it means to be Hindu or follow the Hindu faith, and any attempts to do so are nothing but appropriation, mockery, and racist.

Of course, I’ve been around enough to see the flip side of this argument. Being a Heathen, I forget the number of times I’ve run into “minorities” who want to take things from the Northern tradition, either whole cloth or in bits and peaces, and called it “seeking spiritual truth” and called anyone who even asked them why a racist. Of course, apparently when the color of your skin is darker than a light tan (or even a light tan, depending on who you are) you can take what ever you want and it’s cool, but if you can get a sunburn, well, it’s theft and colonization.

Though, I think my favorite line has to be this one:

Of course there are always a plethora of pleasant anecdotes that Diaspora Hindus welcomed White Hindu Converts in their temples and homes. But is this welcome sincere? Or is it merely proof that the Disaporic Hindus still suffer from post-traumatic, post-colonial, servile disorder?

Which really is the only way I can figure this one out. Apparently white people can’t find truth and solace in the Hindu faith, and Hindu people can’t reach out in brotherhood and politeness to those seeking truth. The former must be mocking, no matter how sincere, and the latter must still be the down trodden, enslaved people they were before.

I’m trying to figure out which is the more racist attitude. The idea that white people can’t be anything other than, well…evil imperialists, or that Hindu people can’t be anything but a servile, enslaved populace (unless, I guess, they’re openly hostile to anyone white wanting to come around?). Seriously, what kind of messed up logic is that? I thought the entire idea was to respect each other an exist in brotherhood and harmony, and then you go pull this… 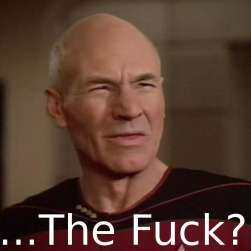 I’m not sorry for the language.

Okay, so maybe Dr. King was a naive fool, but you know what, I like fools. They don’t let people stop them from doing what they think is right. But there’s a difference between fools and just regular old retards. Did The Dream get viewed as something like this by people?

Or maybe, just maybe, people pull this on The Dream.

That’s what it feels like most of the time. “Yo, you had a great dream, what with all the people living together regardless of color, and I’mma let you finish and all, but it would be so much better if it was just my group, and f*ck whitey!”

But I’m getting a little side tracked. Faith isn’t one of those things you can just stop someone from having. Faith (like sh*t) happens. And sometimes, the faith you get isn’t the one your people were born with. I’m a Heathen, I know all about that. And while yes, I sometimes get a little…put off, by those of European (or other decent) who go all Hindu, or Taoist, etc, because really I can’t take all that peace and harm none stuff, I understand that that’s how they live and that’s what they fell like brings meaning to them. Now, do some of them enter into it because they can’t stand the “imperialistic” nature of their parent’s or land’s faith. Sure, probably some of them. But what makes you go to a faith isn’t as important as how you live it.

Hel, I joined the Norse pantheon because it was like picking a sports team for me. “Well, it’s all real, so where do I wanna go hang out and root for?” That was seriously my logic. That it turned out to be my ancestral faith, and I got one of the coolest ones out there with some of the nicest gods is a bonus. And I live that faith, irregardless of how “stupid” my reason for going to it was. What matters is that you keep the faith.

3 thoughts on “This is Why there is still Racism.”