Two years ago, I was Neutral Evil.

For those of you who don’t know what that means, it comes from the alignment grid from Dungeons and Dragons, which has nine alignments based on good to evil, and lawful to chaotic. Neutral Evil is the one that doesn’t care for laws, or chaos, but simply dies whatever it pleases regardless of how evil.

Then, nearly a year ago, I swore myself to the realm of Helheim and to its Goddess as her son and cleric. Initially, I thought it was simple, I gain more power, and Hela gains a champion here on Midgard. But then, something started happening. Its been a slow change, but it’s still happened.

I’ve become Lawful Neutral. I still don’t care about good or evil, I’ll do what I have to or want to, but…I find myself with a greater respect for the Law, and it’s implementation, though often without compassion.

This really hit me as I was watching a few episodes of Law and Order SVU. The first one was about a girl who got attacked, had her finger chopped off, and was…well, let’s just say it involved a baseball bat and somewhere uncomfortable. 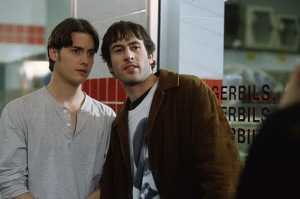 Anyways, turns out it was two kids with weight “issues” who beat her up, because supposedly she took part in beating up their older brother because he had just as many weight issues as they did. Later they found that the first victim did take part (by filming) the attack on the older brother, who then shot his attacker in front of the police.

Before, the idea of taking the law into one’s hands appealed to me. Laws held people back, from doing what needed to be done. This is still an attitude I have, in some ways. But I found myself disgusted by the three teens who took the law into their own hands. The big brother could have reported the assault, but chose not to out of his pride at being a grown man who was beaten by a kid. One act of obeying the law, and five lives could have been saved.

Another episode had some complicated thing where a philanthropist apparently shot some kids mom in relation to having sex with a lot of women, and then the kid went and shot the man after failing to identify him in a line up. There were still options for convicting the man of the murder, but the plot had some weak justification that the kid “remembered” seeing the man but had blocked it out, so it’s not for sure that’s what happened. Then, further legal shenanigans were done to get the kid a mistrial, so he didn’t have to be punished for his crime of murder.

There was also some bs about “gun violence” being an infectious disease. Which completely seems to ignore all other forms of violence, but whatever.

I was disgusted to find such a disregard for the Law. Or maybe it was just the bad story telling. The victim becomes the evil party so that the perpetrator can become the victim. Let us be lenient because someone suffered. Now, maybe it’s because the Law I serve is the law of Death, and breaking that law has terrible, terrible repercussions, but in some ways I’m becoming an absolutist in terms of Law. It shouldn’t matter that the girl in the first example filmed a man getting attacked in the punishment of those who attacked her. They brutalized and mutilated her, and that deserves punishment.

Law, at its heart is not about Good or Evil. In a lot of ways, Law isn’t about Justice. Law is about Order. Law says “here are the rules, obey or else.” It doesn’t matter if you stole for pleasure or profit or survival. Law says only that you stole and that this cannot be allowed because while you may have the most noble intentions by breaking it, in breaking it you bring harm to others. The social contract of society says that we agree not to steal, to commit murder, to assault each other, etc. We have this contract because it keeps us safe, it keeps our families, safe, and it keeps our property safe.

Those that break the social contract, weaken that social contract unless they are punished. A man steals bread to feed his family, but what if that bread was desperately needed by that other family and they would now starve for lack of it?

Because if we do not have the Social Contract, we enter into what I would call the “Primal Contract.” The primal contract is something I’ve hinted at in other posts, and its one that I embrace, especially in the event that I find myself excluded from the Social Contract. The Primal Contract is essentially every man for himself, and might makes right. The primal contract is to kill, steal, and burn your way to as much as you possibly can until you die in the inevitable battle that will come. There is no mercy, no respect, there is only violence and retribution in an endless cycle that the social contract was meant to stop.

The older brother was attacked, his siblings took revenge, but then the families of the girl and the boy who were attacked in retribution would have the right to attack the younger siblings (in the girl’s case) and the older brother (in the boy’s case), which would then mean the need reprisals from the siblings family, and so on and so forth until either one side was wiped out or a war started. To prevent this is the goal of the Social Contract, and the meaning of the Law.

Deny the Law, and eventually all that will be left is the Law of Death.