Ah, sacrifices. They’ve been part of every religion since the dawn of time. What is a good sacrifice, what is a bad sacrifice, who can make it, why does it even have to be done? All of these are questions people battle over constantly.

Few of these get more battles in the modern day, however, than animal sacrifice. Both the Wild Hunt and others have talked about this. One the one hand you have people filled with moral outrage about how dare someone who calls themselves a Pagan and do something as barbaric as killing a defenseless animal. On the other hand you have Pagans who insist they are returning to the old practices and honoring their ancestors and Gods with the sacrifice of a life, and since the vast majority of those practicing animal sacrifice are of ethnic/folkish traditions (in this case I’m using the term folkish in a universal context of any tribal, ethnic born tradition, not just European Heathen) and point out that those objecting are doing so from a Modern Western point of view and either ignore the sacrificial practices of say Ethnic Voodoo or related “Minority” Practice while calling out only “White” Pagans as needing to know better. Or they are objecting against everyone, ignoring cultural contexts in a very patronizing way.

Either way, though, be it with best of intentions of worst, it’s a bit of a war.

Full discloser, I am on the side of animal sacrifice. Those who are pro-sacrifice point out that they are much more human in their killing than the mass slaughter houses. Part of me does wonder how many of those screaming against religious sacrifices are still eating mass produced meat, but I don’t suppose I will get an answer about that.

However, I am not here to talk today about the morality of animal sacrifice. I am not here to say it is barbaric or it is right. I am here to discuss why we commit the act of sacrifice and why animal sacrifice was an important part of Pagan practices in the past, and should be today. This is going to get a bit Metaphysical, so be warned. If you don’t do well with high level philosophical and metaphysics concepts you might just wanna run. 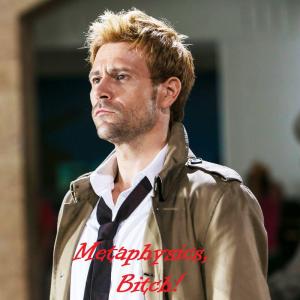 Now, Gods are the sources of natural forces and take their power from natural forces. Hel, the goddess of death, is the source of Death and Sickness (at least one of them) and draws power from death and sickness. When I am sick, I am a vessel for her power and her power grows because of the existence of that sickness. As someone who is faithful to her, however, I also act as a gateway by which she can have greater influence on events in my life and the lives of others. I help empower that “Gateway” if you will, through the acts of prayer and sacrifice. The more I sacrifice, or the more “Value” of that sacrifice, the greater the energy goes to the formation of the spiritual wormhole (if you will) that connects the space I exist in to the space Hel exists in.

Think of it as a mini Bifrost.

Now, Newton (famous physicist and alchemist) put forth that energy cannot be created or destroyed. If I want energy to open and maintain, much less grow the metaphysical gateway, I have to supply it with that energy. Now, this can be with prayers, or small offerings such as candles, incense, or small food offerings. The value I assign to them spiritually can have an effect on how much energy they as a sacrifice, but there are limiters.

A bit of Math. Please stop screaming in terror.

Let’s say you have a standard Yankee Candle of 12 oz. By science, there is only a finite amount of energy held in that candle. Somewhere about 9*4.18*1000J per gram.  Now, through prayer and devotion, you can take the energy you produce as a human and focus that on the candle, and increase the “amount” of energy. But I’m going to assume you’re not going to focus on the candle the entire time its burning for extended hours. So we’ll say 1 candle gives 1 candle’s worth of energy. Now, on a spiritual level there is almost no energetic loss if you’re doing it right, so that candle can open the gateway and provide the energy to sustain it…but just like if you gave that candle to your friend, the value only lasts for so long and it’s not all that much compared to somethings.

Same thing happens when you offer food. Food has a caloric energy count. Even converting that caloric count to spiritual energy by making it a sacrifice, when it comes to food meat has the most energy of all the food groups. That’s why people eat meat. So offering a steak dinner often would have more value than say offering a box of Twinkies in terms of base energy. Then again, if you’re making an offering to Loki, Twinkies might still be your best bet. 😉

So where does animal sacrifices fall into this? Well, for one animals are our source of meat. I know that sounds obvious, but a generation or two of people seem to have for gotten that meat comes from animals and what it takes to get that meat. Living things produce energy as they live. Animals are no exception to this and arguably animals (humans included) produce the largest amounts of energy. One of the products of this energy production is our consciousness, spirit, and our soul.

Hopefully, you can see where this is leading.

the spirit makes the body live, and the body provides energy to the spirit. It is a cyclical generator system. Giving such a thing in offering allows vastly superior amounts of energy to the Gods and allows them greater influence in our world. This is why we have specific holy days through out the year, when such things are both at their most opportune for transmission, and as a regular scheduled of “filling up” the energy required to maintain he connections between our worlds. Our ancestors understood this, which is why they gave ritualized sacrifices of animals and people along with all the other kinds of offering, as well as offer each animal they killed spirit when they slaughtered it to feed themselves.

Energy cannot be created or destroyed, but it can be given to the Gods so they might have greater ability to affect things here on Earth for their and our benefit. This is the reason we sacrifice anything, to give the gods that energy and substance for them to use. Just as eating meat is the most efficient way of gaining energy for humans, so too is animal sacrifice for Gods.

Those who are against animal sacrifice state that it is inhumane to kill an animal. Maybe they are right. Some of their points are philisophically valid from a certain point of view, that we should be better, that we should be humane, that we should respect the lives and rights of animals. However, we do not live in a humane world. We live in a world where thousands of people die, millions of animals die every day, both in nature and in society. If killing an animal is inhumane, then the entirety of nature is inhumane. Predators slaughter in the name of food. Should we stop predators from existing? And if not, then what argument can you use for a wolf to be allowed to kill that I cannot then use to justify a human doing the same thing when they need food? Society slaughters animals to feed its people. Is it so bad, then, when a few people gather together to kill an animal as gently as possible and offer it to the Gods? Is this, really, the thing that shames all Pagans? Is this really the worst thing they could do? To honor the animal they are about to eat and to give it’s spirit and energy to the divine?

It seems to me, that giving honor to something you kill is better than to just kill it.