So I’m actually talking about a few things briefly. One of them, really, deserves more but I can’t do that until more is known.

Today, one of my posts got linked by another blogger I think is a Heathen over in one of the Scandinavian countries. This isn’t the first time that’s happened, and last time it really happened I ended up making something of an internet friend for a few weeks. That old friend actually was one of those who acclaimed me as a Gothi (priest) and granted me that title. This one, it seems, however is not so friendly to me or even most American Heathens. Those knew to Heathenism may not have yet learned that many of our Scandinavian brethren tend to view their American kin as backwards, honor focused idiots who do not study the lore.

There is an irony here…

Given that through Google translate the Scandinavian blogger seems to call me out as ignorant and possibly even scum, I find myself a bit amused, since the post he wrote seemed to have something to do with the recent shooting of French Cartoonists of Charlie Hebdo. The blogger equates all acts and focuses on honor as responsible for the shooting. He also seems to have a rather dim view of Forn Sed heathens (analogous to our American Re-constructionists, leaving an irony between calling out Americans for not reading the eddas in one breath, and then saying you don’t have to live with tradition in the other). But I could be wrong, we all know google translate is shit. Still, it seems he says that being focused on honor means you can’t have a sense of humor. It seems to me, he doesn’t understand Honor in a Teutonic/Norse/European view, but sees all honor as the honor of islam. 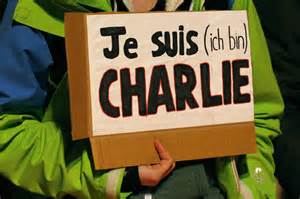 Even as a gott tied with Helhiem and dealing with death, the last thing one wants to wake up to is violent death. I first heard about today’s terrorist attack via a blog post. I didn’t think much of it, I have read and seen much terrorism over these years and thought it was something that had happened a while ago. Then I turned on the news and found out it was within the day.

So far, 12 are dead, 11 are seriously injured. Muslims once again are the killers (and people wonder why I am willing to accept some discrimination against them). Much is being battled over with these deaths. Many call for self censorship, that we should not mock the prophet of islam or the religion. All agree we are free to speak our minds, but some feel we should not act on that freedom. Muslims are of course insisting that “this is not islam.” But when hundreds of thousands believe it islam, those protests sound…empty to me. That’s like saying Catholics aren’t Christians because they enact an older version of Christianity than say Protestants.

Personally, I honor the artists of Charlie Hebdo (which apparently means Charlie Brown and took it’s name from the peanuts character if what I’ve heard is correct). They are long famous for making strongly themed cartoons about the prophet of islam and publishing those from other countries. They once were sued for doing so, then they were fire bombed, then they were killed. We all laugh at the cheese eating surrender monkeys that are the French, but the Charlie guys…they never surrendered. They were the best of humanity and human will.

Lastly, and on a lighter note, someone seems to have potentially answered our hacker problem with a look at history. I believe it was the Weekly Standard, I will try to confirm, published an article saying that since the Government doesn’t really have many military responses or technical ability to fight off hackers like North Korea or China, we should return to an old tactic used in the days of Piracy: Letters of Marque and Reprisal.

It’s even already in the constitutions. The only thing we have to do is make the legal definition of hacking an act of piracy…which it already is. No new complicated laws, it’s actually pretty perfect, because how it works is a company (even a small one man company) could apply for a Letter of Marque, which would give them the right to arm themselves against piracy (hiring their own hackers in this case) and if hacked they would have the legal right to follow the hackers back on the internet to their home servers and then burn and pillage, capture enemy knowledge and technology while preventing their own from being fully exploited. They would even be required to return stolen intellectual property to the rightful owners. In the end, we could see the internet continuing to be what the sea used to be, the ultimate freedom as pirate and privater sail the seas seeking their fortunes.