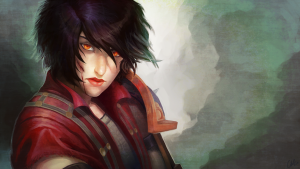 “If you come to a Goddess of War, you better come with a sword in your hand.”

Those are the first words Bellona, the Roman Goddess of war, spoke to me.

Well, technically I think they might have been “Roma Invicta,” when I was playing Smite, the first time I heard of her. I’ve been a practicing Heathen for nearly twelve years now, but recently found myself being drawn to things Roman. Not because I’m done with all things Norse and Heathen, my ties to those Gods are as strong as iron.