Moving away from guns, rights, and Trumps, we return to a topic that has proven both hilarious and memetically explosive. That’s right, people are complaining about other people making or doing things inspired by “their culture.” Hopefully Hitler doesn’t show up this time, but who knows! It’s Cultural Appropriation! Anything can happen!

Also, since the holidays are busy and Helheim’s been quite a stir, I got an Alf from Vanaheim to come help me with the memes for this one.

So Today’s article is by Michael Allan, reporting for the Opposing Views website about Oberlin College Students Offended By Lack Of Authenticity In School’s Ethnic Food. Here we go.

Some students at Oberlin College in Ohio are outraged that some of the Asian dishes served at the school are not authentic enough, which they say amounts to cultural appropriation.

You know, this is actually a change of pace. Most of the time I hear about food and cultural appropriation, it has to do with just even serving “ethnic food” no matter how correctly prepared. I suppose we should be grateful that these student’s are at least accepting that their “native” dishes are being shared with the larger college population.

Of course, one does have to wonder how “authentic enough” is being defined here.

“It was ridiculous,” Diep Nguyen, a freshman from Vietnam, told The Oberlin Review in November. “How could they just throw out something completely different and label it as another country’s traditional food?”

Probably because that’s what Chinese food places do all the time. Yeah, you go to an “Asian buffet” or “Chinese restaurant” and you’re not getting the “authentic” Chinese food there. Also, I’m suspect the school got the recipes for the internet.

But I don’t hear you protesting how they change the menus in McDonald’s over seas, Heir Nguyen.

Nguyen was upset that a Banh Mi Vietnamese sandwich, which should have been made of grilled pork, pate, pickled vegetables and fresh herbs, was composed of ciabatta bread, pulled pork and coleslaw.

Okay, you know what. I’m pissed too. I mean, how dare they take a traditional pulled pork sandwich and misrepresent authentic ethic cuisine from the American South as Vietnamese! I mean, damn it people, do you know how many Southern Sons were butchered and scared for life by Victor Charlie? And now you’re just going to take a part of our cultural heritage and say it’s from those damn commies? The Cultural Appropriation!

You know, I wrote that as a joke, but really, it does kinda fit the bill here. That is a traditional meal from the American Southeast. I mean, you really can’t get much more southern than pulled pork and coleslaw. Except maybe fried chicken and watermelon, but we won’t go there.

I need to find that Alf that does my memes. Damn thing is going to get me in trouble one of these days.

Prudence Hiu-Ying, a Chinese sophomore from China, said that the school’s offering of General Tso’s chicken was not deep-fried chicken with ginger-garlic soy sauce, but rather steamed chicken with another type of sauce.

Oh yeah, nothing “culturally appropriation” about that name. Seriously though, is this article trying to get me in serious trouble here? Am I being trolled. Someone named Prudence is complaining that the chicken wasn’t “deep-fried” but was instead “steamed.” 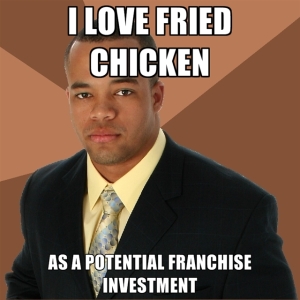 Damn it, get over here you little Alf!!! -crash-

The school’s campus dining services says that the food service company that provides the dishes, Bon Appetite, is trying to offer nutritional diversity.

Nutritional Diversity. Oh gods, I may have heard everything now. Grilled pork, pulled pork, and fried chicken are now “nutritional diversity” on college campuses in America.

Also, I was wrong, this wasn’t the school fucking up, it was a god damn professional catering company. I am seriously crying with laughter as I read and write this. You’re a professional, and you can’t tell the difference between grilled and pulled? Or steamed and deep fried?

However, that explanation doesn’t work for some students.

Tomoyo Joshi, a Japanese junior, said that the undercooked rice and absence of fresh fish in the school’s sushi is a sign of disrespect. 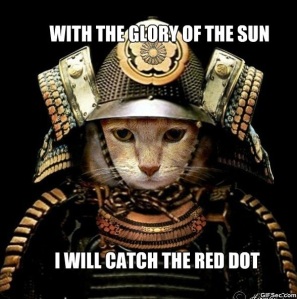 you have brought great shame upon his ancestors

A sign of disrespect? What are you going to do, go all Last Samurai on their asses and kill them with your family’s ancestral katana for the shame they have brought upon your people? You going to go all Shogun on their asses?

I mean, you’re in fucking Ohio? Is Ohio known for it’s fresh fish? Cause right now, all it’s getting known for is wannabe samurai complaining about under cooked rice. Maybe you need to go kill the peasants, let them relearn what it means for a Samurai to have honor. Teach them what this under cooked rice and slightly less than fresh fish is!

“When you’re cooking a country’s dish for other people, including ones who have never tried the original dish before, you’re also representing the meaning of the dish as well as its culture,” Joshi stated. “So if people not from that heritage take food, modify it and serve it as ‘authentic,’ it is appropriative.”

Michele Gross, director of Business Operations and Dining Services at the school, suggested that it might be easier to change the descriptions of the dishes.

“Maybe what we should do is describe the dish for what it is as opposed to characterizing it with a specific name,” Gross told the student newspaper.

What? Our general flees the field of battle! A most

Seriously though, he’s right. It would probably solve a lot of problems if you just listed the ingredients as opposed to calling them something they’re not. But I still think that might be the fault of the catering company which seems to have failed “recipes 101.” That being said, if you just list the ingredients instead of naming them things from other countries, then you can’t claim you were offering “nutritional diversity” as opposed to “white cishet privileged ingredients.” Or whatever we’re calling it now. A Patriarchy Menu? Bon Racist?

The Universal Society of Hinduism is also jumping on the bandwagon, The Chronicle-Telegram reports.

Please tell me somewhere there is a Hindu leader about to say “that this is not Hinduism.”

The organization said in a press release that the school’s tandoori dish is being made with beef which is a problem because “consuming beef was considered sacrilegious among Hindus,” and that a “cow was held sacred by Hindus and was considered the seat of many deities.”

I…okay, fair enough. This one I will actually give as a massive fuck up. I don’t know if it’s cultural appropriation, but really, you should have known not to put beef in a Hindu dish. I mean, I can get confusing grilling and pulling, I can sort of forgive deep frying vs steaming (especially with all the campaigns to get rid of fried foods), but really. The Catering Company really, really should have done a little bit of research. The fucked up.

Or at least tell me they’re about to make some Arabic dishes with pork, because really, let’s just offend everyone equally here.

Students and officials have already met once over this issue, However, Yasmine Ramachandra, of the South Asian Student Association, said the issue wasn’t solved.

Gross, on the other hand, said the meeting went well and that changes were being made.

You know what, fine. People want to get all offended over food “not being the way mama made it,” fine. I mean, it seems kinda stupid, but whatever. I suppose if we were leaving it at that, it would all be okay. Get a new caterer, we all go home (or back to class) and chill.