Is there any organization more hated in all of Heathenism than HUAR?

If there is, I honestly don’t know. Everyone from universalists, to folkish, to even the racists (obviously) in Heathenism are united only by two things. One, we all worship the Norse/Germanic Gods. Two, we all despise Heathens United Against Racism (HUAR). To the outsider, this might seem a strange thing. After all, Heathenism supposedly has an issue with racists claiming the faith, many of our holy symbols are denied us for the actions of said racists both past and present, and most Heathens of Universalist and Folkish bent roundly condemn racism. So why then do we all universally hate an organization that is supposed to be all about Heathens taking the majority view that racism is wrong and should not be practiced as part of our faith.

Because HUAR has made a giant cock up of what it set our to do. Instead of actually trying to understand what racism actually is, HUAR set out to purge any racism from Heathenism, no matter how small. Indeed, HUAR has over the last several years taken it to the point almost of parody, where anything that could possibly be construed as “racism” has been denounced, the peoples and organizations responsible have been denounced en mass, an anyone who defended them was denounced en mass.

And when I say parody, I do mean parody. Anyone with a passing familiarity with a game called Warhammer 40k and it’s associated jokes will know what I’m talking about. Namely with the Heresy Meme. There’s been times where a Heathen has posted something and in mere moments it seems HUAR has shown up, pulled out their guns, shouted “PURGE THE HERETIC!!!!” and attempted to remove individual, that individuals organization, and their non-denominational defenders from existence all in one go. And while they may have met with some initial success (hence the increased tactics), and might be respected by the more SJW pagans out there, inside Heathenism getting called out by HUAR is less a “career ending move” and more like a merit badge.

“Oh, you got hit too, welcome to the club brother. Here’s a horn of mead.”

Why do I bring this up? Well, recently the co founder of HUAR, a chap by the name of Ryan Smith, decided that in a world where it recently got leaked that thousands of Muslim Men were gang raping, gang assaulting, and gang robbing women on New Years 2016 all across Western Europe from in what I think is now reported up to about 10 different cities and multiple countries now (and that’s what hasn’t managed to be silenced) he was going to “Call out some racists” rather than “condemn mass rape.” 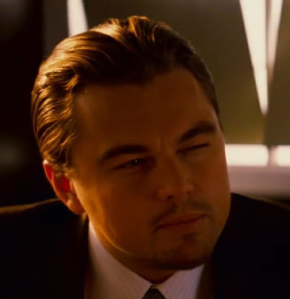 Namely, Steve McNallen (the most hated Heathen until you get to know him) and Joseph Bloch (of Jon Upsal’s Garden). Because McNallen recently said something about wishing the Germans would bring back the Freikorps and Bloch for basically saying “Hel’s Yeah, Mother Fuckers!” Oh, and McNallen apparently refusing to apologize for wanting something like the Freikorps to come back.

Now, I’m not going to give Smith’s article the usual paragraph by paragraph strip down that I normally do. Mostly because patheos, the host of this article (of course) is presently slowing my pc to fuck all and making it nearly impossible to type when open. Which seriously. I run a gaming pc. This thing can handle all manner of games with no lag, but one website manages to nearly make it crash. Anyways, enough side notes.

Instead, you’re going to get a few random thoughts on this.

Now, when I heard Freikorps, I actually initially thought of Freyr or Freya and thought McNallen was calling for the formation of a Heathen Defense force over in Europe to basically do street patrols and help prevent crimes being caused by “refugees.” Thanks to looking on Bloch’s blog and a bit of further research, turns out the Freikorps was already a thing back about WWI-ish which morphed into one of the military branches under the National Socialists. Because, well, honestly it seems like everything morphed into some military branch of the Nazi party. I mean, really, the boy scouts turned into a military branch of the Nazi Party. But it did start out as basically a neighborhood watch program meant to keep crime down and defend German Civilians when the German Police couldn’t/wouldn’t.

But like everything Germanic, once the Nazi’s get involved it’s automatically evil and should never be done again. Even if everyone else has their own versions, some of which are worse, oh no. Nazi’s had that, and you’re a Nazi for wanting it. I suppose next HUAR is going to say I’m a racist because I like having a government, and the Nazi’s had one of those too.

Still, could McNallen have picked a different example? Sure. I mean, McNallen is all about European pride (gasp, racism heresy! -gunshot-), so I can see why he picked something like the Freikorps. And to be fair, Freikorps does sound something really Heathen (HERESY!!!! -GUNSHOT-). And given the breadth, scope, scale, and mass number of attacks that happened all in one night…I can kind of see where McNallen and Bloch are coming from (HEREAAAASSSYYYYYY!!!!! -GUNSHOT-).

I mean seriously, McNallen didn’t even need to call for this to happen. It’s already happening. In fact, it’s been happening, or at least, building up for years. The Hell’s Angel’s chapters in Europe have been going on patrols for years. Same for other biker gangs over their. Hell, the bloody Football Clubs have been doing it. The EDL (roundly denounced as “Racists”) started out as nothing more than a bunch of football fans who decided they’d had enough with the massive waves of Muslim Migrant crime against themselves and their native countrywomen.

That’s right, it would be like if the fans of the NFL formed their own unique political party to deal with mass rape and assault because the Dems and Republicans refused to do anything about that (and people wonder why Trump is so popular across the board).

But I’m not going to get into the political situation over there too terribly much. No, what struck me about all this is that Patheos (really, I should stop being surprised by this) and more importantly Ryan Smith decided the platform and position they were going to take in all this mess was not “raping women is wrong” but “saying white people should defend themselves from being raped is racist.” 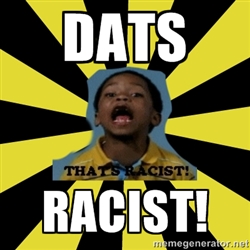 Because that is Smith’s position. That is what he took the time to say. Not, “it is understandable you feel angry, but this is not the way to handle it.” But instead, “you are a mother fucking racist for daring to suggest the creation of civil defense forces, because you used X name and dared to say anything bad about Muslim Refugees!!!!!!!!”

And really, I wish I could say Smith was the only one with this position, but I’ve seen everything from Muslim Clerics (moderate muslim clerics) saying “these women were asking for it because they dressed like sluts,” to Feminists basically saying…the same thing. White women in Germany are more privileged so it’s okay that these “migrants” raped them because they’re less privileged, and these women need to check their privilege. Sargon of Akkad did a video on this and I may post it as it suddenly is relevant to all this.

But it’s in repeatedly taking this manner of position that has made HUAR a joke to most Heathens. “Condemn rape? I can’t do that, there’s a racist protesting this rape! I have to condemn him instead!!!!!!” Hel, reading through his article, I was slightly surprised that Smith didn’t say “Well, those women were white, and whites are racist, so they deserved to get raped.” But I guess he has limits. 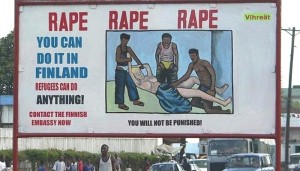 That being said, I am led to believe this is a legit billboard over in the middle east/Africa at this point.

So yeah, I don’t know if this is HUAR’s “official” position, but it is certainly the position of their Co-Founder. “White women Raped? Let’s condemn racists instead of criminals.”

To wrap this up, I’m going to actually define racism. Racism is the preference or hatred of a group of people based on their race alone, and the imposition of separate standards of conduct and treatment for that group, positive or negative, based on their race.

Now, which of these three people has been a racist.

McNallen and Bloch, who support the creation of a civil defense force to protect a nation’s people, by it’s people, from criminal actions carried out by foreign peoples who violate the laws of said nation which apply to everyone regardless of race.

Smith, who insists that “Muslim refugees” who commit crimes not be spoken out against, not be defended against when they commit crimes, and who in fact treats the mere speaking of a defense as a crime based on the race of the speaker. Creating a privileged station for the Muslim who “may not be criticized despite criminal actions” and a restricted station for “europeans” who “should not be allowed to criticize or defend themselves regardless the crimes committed.”

You be the judge of who is committing a “racist” action.

Personally, I think anyone who is more interested in bad mouthing his co-religionists for protesting rapes and calling for actions to be taken to prevent more, rather than showing his support for rape victims and calling out their attackers is a person of low value. But that’s just me.

Who knows, maybe this article will finally be the one to net me my HUAR Merit Badge. Here’s one last shot across the bow. For shitz und giggles. 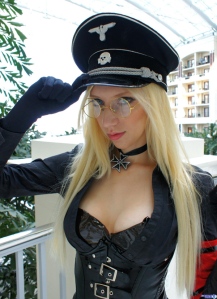 12 thoughts on “Priorities, I Think You Might Have Missed Them…”