Hela, bless me and keep me, for I face the worst of deaths and madness. We’re wrapping up looking at the latest kerfuffle between biocentric women and transgender women. Let’s wrap up this blood bath with Transgender Inclusion Debates Re-ignite in Pagan Community

While issues, reports of attacks, and conversations continued to circulate online, Witch and blogger Pat Mosley took a different approach to action in support of transgender rights. Like Barrett, Mosley is now spearheading an anthology project, but this one gives voice specifically to “Queer, Trans, and Intersex Witches.” The proposed book Arcane Perfection, was first imagined as a coven-based “zine” but, as Mosley explained, “recent events” have changed its direction.

Well, why the fuck not. We’re already solving violence with more violence, let’s solve sexism with more sexism. Get all the sexism in here! More sexism is the best way to get rid of sexism bra!

I’m guessing “recent events” means “saw a chance for a cash grab w/ rep bonus to the most bloodthirsty faction.” And honestly, I can’t blame him. He’s gotta support his coven and make sure they don’t get purged in what seems an ever more inevitable “night of broken glass.”

“HB2 was probably the biggest one. We really snapped into this mindset of needing to be there for one another — a lot of us can’t be out to our families or at work, so our coven is really our sanctuary,” explained Mosley. “Hearing that a Pagan community leader was editing a new anthology which, in part, appears to be discussing trans civil rights as an attack on women’s rights inspired our decision too. Both of those things affect more than just our coven.”

You know, I hear the inclusive language but at this point all I can understand of this speech is “please don’t rape/murder my family! please!!!!”

Look, I am not unsympathetic to the plight of transpeople. I myself brushed up and even walked in the transgender identity zone as I was figuring out my own gender/sexual identity. And as someone who very easily could be classified as an “otherkin” I can well understand the issues with “Body disphoria” Admittedly, trans people feel like they’re missing the right genitalia where as I…well, I’ll be honest, if we’re talking “self” vs “body” I look like mother fucking Illidan or something.

So believe me when I say I know “the struggle is real.”

But time and time again I am faced with a reality that the most vocal transpeople both on the internet, in the real world, and in my own personal life have been complete totalitarian assholes who have no mercy for anyone who does not bow down and kiss the very ground they walk on. I’m not saying the feminists are better because, well…they’re not. But bloody fucking Hela, I’m a demon and I seem to have more humanity and mercy in me than most people in that community!

And I hate that. I want them to be happy and merciful people. I want them to not have this rage over their situation that they have to lash out at everyone to the point where everyone is so scared of them that they literally will give up everything to avoid the rage. Fucking Hel, I’m amazed at the courage of the Dianics and the other biocentrists and it bespeaks to their own pain that they’re willing to stand up to the trans community for the last several years.

Honestly, I can’t express how sad this makes me. It’s like watching two kids who feel horribly abused by life trying to take out their pain on each other just so that they can feel like they’re not at the bottom of life’s shit heap.

Mosley went on to say that many “Queer, Trans, and Intersex people find power in Witchcraft” and that will hopefully serve as a point of solidarity “regardless of specific tradition, and regardless of the geographic distance between us.” Another objective, as Mosley described, is to address “the way Wiccans talk about gender.”

I can almost hear the desperation in Mosley’s soul here. And I don’t blame him. whoever wins, he loses.

If, in however many decades it takes the Biocentrists win well…he’s fucked. He’ll have been a patriacal misogynist who sided with the men who attempted to crush women, raped their spaces, and destroy their gender.

And if the transgender folks win, well…he’ll probably still be destroyed as a transphobe when the finally find the one thing he won’t compromise for their identity (whatever that might be).

I mean, let’s look at the bathroom issue since it was at the start of the article. Sure, a lot of people are like “what does it even matter” but as many people are looking and asking “where does it stop? How much of our lives will be destroyed for their sake?” This whole situation has done more to create transphobia, honest transphobia, as people hear that a person is trans and wonder if they’re the next to fall to blazing blade of trans-rage.

Now me? I’m an asocial “autist” “otherkin” who doesn’t get societal norms and couldn’t give a fuck about anything but speaking “truth to power” and seeing reality in a way most people don’t (and doing my various jobs for my wife Hela). But even I am wary around transpeople because the ones who I have known have either tried to get me in trouble at work for not completely bowing and scraping to their every whim (no matter how slight my non-catering was) or threatening to beat me up to prove their gender identity (at a point where I was so weak and sick that any assault on my person would have led to serious injuries and hadn’t even questioned their proclaimed identity).

“We want to see that [discussion] evolve,” Mosley said, “Most Wiccans and other Pagans these days seem to want LGBT+ people to feel included. Often that looks like adapting a hetero-centric framework to accommodate other perspectives. Our intention with this zine and now the book is to have Queer, Trans, and Intersex people define and talk about Wicca, Paganism, Witchcraft, etc, rather than positioning cis/het Pagans as the owners of traditions with the authority to include or exclude us.” The deadline for Mosley’s new anthology is set at Aug. 1.

Thing is…there is no evolution to the discussion. There is no where for the discussion to evolve to. The transgender have etched in stone the rules they will accept for their identity and the biocentrists have done the same. They won’t even let science objectively research it anymore.

I would say that at this point the best hope is that both factions retreat to mutually exclusive neighborhoods and don’t cross paths, but the Transgenders have shown they will not be “put in a box” and they will not even respect the boxes that others put themselves in to get away from the Transgenders.

And in his vain attempt to do this, Mosley is apparently willing to hand over all rights to Wicca, Paganism, and Witchcraft to the trans community and giving them the authority to include or exclude cis/het people at their (trans) will in any definition of those things.

That doesn’t speak to me of inclusivity. That speaks to me of fear. Fear so great and terrible that he is willing to take the chance that he will be excluded from the very things he believes because at least then he has a chance of remaining. Because he knows in his heart that if he refused they would completely destroy those things rather than let him keep them.

He’s walking willingly into the ghetto in the hopes they will not march him to the showers. Praying that they’ll at least leave hims some scraps of his religion and faith, even if they’re only enough to starve an orphan. 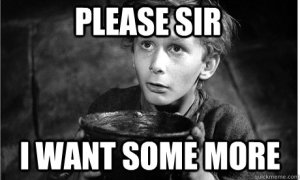 Neither Mosley’s or Barrett’s anthology have a set delivery date yet. However,  they are both in production and moving forward.

Returning to Barrett, in reaction to what has happened this week, she added, “Everyone is entitled to their sense of identity. What often goes unexamined at a deeper level is the contextual influences and cultural norms (including enforced gender stereotypes) that informs consciously or unconsciously how a person arrives at their identity. This is explored within the anthology in many ways. ”

Watching feminists and transgender people fight is something I said I found hilarious. Well…truth be told I don’t. It’s something I feel I should, watching two ideologies that both started out having valid points but have turned into eldritch horrors that destroy everything that stands against them…it’s fun in movies.

Not so fun in real life.

Because in the movies, the dead are fictitious, the destruction is models and cgi. But in real life? People die. Their lives are destroyed, their buildings and their beliefs left as radioactive heaps of rubble. And towering over the frightened people and shattered cities are two bloodthirsty creatures who will never let the other exist while they live.

The current debates, arguments and the reported attacks may not yet be over. Time will tell.

But the subject is certainly one that will persist, as it always has, into the future at both public gatherings, like PUF, and online through blogs and social media.

Looking over the entire situation from beginning to end, Emore said, “When respectful dialog is silenced by threats, we are all diminished.”

In a blog post, author Yvonne Aburrow offered a different type of community call-to-action, saying, “Gender essentialism and separatism is the mirror image of patriarchy. We reject the patriarchy and the kyriarchy. […] Let us magnify and glorify the images of divinity within ourselves and each other. Show forth love and beauty and creativity; celebrate the radiance of the many-hued multiplicity of gender expression, sexuality, and the human body.”