“The only thing more dangerous than the Question, is the Answer.” – Old Klingon Proverb

So Rhyd posted something entitled: What Can Come After. Which seems to be his rhetorical questioning of the future as he sees it, driven mostly by what I can only guess is willful ignorance of both his position’s own outcomes and of what has historically been in human history.

I’m currently in Bretagne again, after a week in Strasbourg.  I’ll have a pilgrimage journal on that soon.

In the meantime, here’s a piece just published at Gods&Radicals, entitled “The Death of Liberal Democracy?”  It’s the beginning of a series on the subject, and this first essay addresses the relationship of Capital and the State through the Brexit vote, the French general strikes, and the massacre in Oaxaca:

All of these cases are symptoms of the impending death of Liberal Democracy, and a crisis of Capital. For Pagans, queers, transfolk, disabled folk, people of color, immigrants, and every other minority who relies upon the State for their protection, this should be very worrying—and also a wake-up call to build something more resilient, and soon.

Quite a few of my friends in the United Kingdom are panicked over the recent vote. I think they should be, just as Americans should be terrified of the rise of Fascism in the United States through the campaign of Donald Trump. I’m actually forbidden by law to write about the election on Gods&Radicals, as non-profits are forbidden from influencing elections. Churches and religious institutions are under the same interdiction.

Of course, I can write about it here, and I may, but more interesting to me currently is what can come after, rather than what probably will. To get there, though, much of the isolationism of Americans would need to end, and quickly. Conservatives and particularly many reactionaries are quite isolated on purpose, which only tends to make them more xenophobic and jingoistic. For them, I doubt there’s any hope, but the isolationism of leftists is fatal.

Rhyd, just so we’re clear here…you are asking for Imperialism and Colonization.

“We need to end this belief that people have an autonomous right to their lands and cultures. This refusal to join in with our larger uberculture is an act of racism, isolationism, and bigotry. We cannot save X people from this group, and Y people from this group must convert to our beliefs or it will be fatal for them. Their stubborn refusal needs to end.”

So the best way to stop “fascist, imperialistic colonizers (whose primary goal seems to be to preserve their liberal democratic societies in an isolated pocket known as their respective nations) is to strike down those who would resist the Pan-Global Imperial colonization that Rhyd is advocating.

And let’s just take a second here to think about this. It “Needs to End.” But as Brexit just showed, there’s enough people in the UK to successfully reject being a part of a Globalist Empire, and if Trump shows us anything the same is true for America. And maybe this is why Rhyd is talking about the death of liberal democracies. He knows that as long as people are given a right to vote, there will be people who choose to affirm their sovereignty and identity at the cost of Globalism, and the only way to prevent them from being able to resist is to ban liberal democracies.

In Paganism, there haven’t been many internationalist connections until Gods&Radicals, which is one of my favorite accomplishments, That internationalism provides an incredible corrective to a lot of the foolishness borne from American exceptionalism. It’s easy to tell another US Pagan that you have an exclusive right to the name of a god from Europe, or are living out your Germanic/Celtic/Whatever ancestral heritage, or that you think we should return to a conservative monarchy, or that you alone know the secrets of standing stones; as long as no one living in lands of which you speak reads your writing, you’re safe.

Ohhh, cheap shot there Rhyd. I know you’re only throwing that bit in there because some American Dionysians called you out on your appropriation of their religion’s terms the best you could come up with was “Until Dionysus sends me a DMCA, I’ll do whatever the hell I please with these names and terms.”

Fair warning, you try that with Hel any anything tied to her, I’m pretty sure you’ll get a DMCA claim alright. Of course, you’ll probably wish it was Dionysus who hit you up. We have drugs that can help with madness. Not so much the kinds of things Hela has power over. Just remember to get tested after those random shags of yours, Rhydy boy. It won’t solve anything, but…at leas you might be able to keep it to yourself. 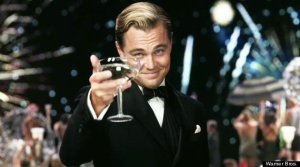 Worse, that isolationism is precisely why New Right writers are able to claim apoliticism. As long as no-one looks too deeply into the source of their theories on race, or hierarchy, of the gods themselves, they remain unchallenged. Like cult-leaders who forbid their followers from reading outside media or having contact with people outside their cults, isolationism–particularly within American Polytheism–can create nothing but fanaticism.

Rhyd, I’m sure I’ve said this before, and I’ll say it again.

The instant, the absolute instant, my religious beliefs necessitate political action…I will take it. Now, I’ve made it very clear what Hela believes is Right, and I will act to defend her position, and I will act to defend the people whose souls come into her care. Now, you can be as globalistic as you like in life Rhyd, but Death is Tribal. People go to the Death Gods of their People. Black people do not go to Helheim. Arabs do not go to Hades. Europeans do not go to Baron Samedi. And at the end of the day, Rhyd, you and your friends have repeatedly attacked the rights and beliefs of people who go to Hela’s Domain.

Now, I know you and your friends like to call me a fascist, and a nazi, and a racist. And your petty, pathetic words are but fuel for my humor and my memes…while I’m religiously apolitical. However, you have made it clear that you wish to be my enemies. For now, you are beneath me. Beneath the notice of my retribution. I am bound to the Deific forces of Law, and as I live in a liberal democracy I float along with those laws. But not all law is democratic and liberal, Rhyd.  But do not make the mistake of pushing me to become political Rhyd.

Don’t make that mistake for any of us.

Rhyd asks the question, “what comes after democracy falls.” Well, Rhyd, I will tell you. The same thing that came before democracy rose. Monarchies, and Oligarchs. A world where not only did might make right, all men were slaves to their leaders. They had no voices, they had no rights, they could only obey their masters. Which, with every strike you and your kind make against liberal democracies, you bring that much closer into being once again.

And that is what will come for you, Rhyd. Because as it stands, the only reason you’re allowed your views is because we live in a Liberal Democracy. The instant that’s gone, it’s a numbers game and whoever can get the most numbers gets to make all the rules. And frankly Rhyd…you do not have the numbers. You’re going to lose. Oh sure, you and your friends and like believers control vast swaths of the media, the universities, and even the governments but…where you have positions of power and privilege, you fail to realize the quite, common, everyday folk you term racist and bigoted and jingoistic nationalists are of greater number than you. And Brexit showed they are of greater will than you. And here in America…they have more guns than you.

The truth is, Rhyd isn’t wrong. I too believe we will see the end of Liberal Democracy in America with this next election. Because if Hillary wins, she will see that there is no power that can stop her, so nothing can stop her from taking power. If Sanders miraculously wins, well, he or his follower will turn the USA into a socialist state and take all the power (sure, they might have a vote which gives them all the power because they’re “democratic socialists” but that’s what will happen). And then there’s if Trump wins.

At this point, I would wish to liken Trump unto Sulla, who marched on Rome and took ultimate power so that he could purge those who sought to undo all that Rome was. But as much as Sulla sought to defend the Republic…he was a dictator, and he opened the way for dictators to follow.

But the Truth is that Trump is Ceaser. We do not know what Ceaser would have done with his power as dictator because he was assassinated. And so too, I believe, will Trump be assassinated by someone who believes like Rhyd does, long before Trump’s efforts produce anything. And like what followed after the fall of Ceasar, there will be an open war. And whoever wins will take ultimate power as a dictator because that will be the only way to end the war. And the Republic will Fall.

Only that which has come before.

2 thoughts on “Only That Which Has Come Before.”