So, with all the fun going on with #CNNBlackmail (which I’m told has been purged from Twitter after reaching #1 in trending), one can only imagine the keks and gifs that are swarming the internet. Unless you don’t have to, because you’re lucky enough to have said gifs swarming all over your internet. Be warned, if it hasn’t already, it is probably going to reach you. 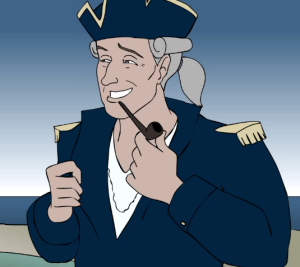 For those not yet in the know (it has only been a few days after all), on July 4th, CNN published an article stating they had found the person responsible for creating the gif of Trump beating the shit out of CNN at a WWF event. They stated in the article that they’d gotten in touch with him, reviewed his internet posting and found a bunch of “racist” stuff, and he “appologized” and “hoped that this would serve as an example to others of what not to do.”

CNN also stated that they were not releasing his ID, but reserved the right to change their minds if anything happened. 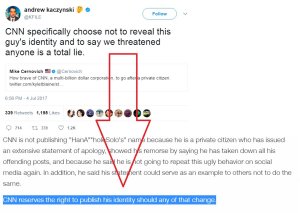 As you can imagine, not lightly should one threaten shitposters (or even shiptoasters) because of their memes. After all, the peoples of kekistan and similar nations are merely meme farmers, who want nothing more than to tend to their memes in peace. But memes are an easily weaponized crop, and meme farmers take their liberty to meme very seriously.

So outright blackmailing someone over a meme which has brought untold joy to countless farmers (and their God Emperor), is simply not to be tolerated.

On a side note, it got found out what was the “racist and anti-Semitic” thing which said blackmailed meme farmer had posted. Thankfully, through my local open market where many a meme farmer comes to trade, I was able (at great risk from CNN attack reporters screaming through the skys) to obtain said meme. Now, I present this meme without judgement, and allow everyone to come to their own conclusions: 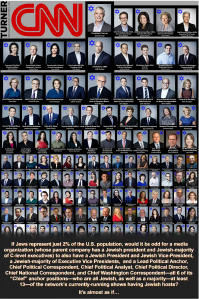 Basically, it’s a list (possibly incomplete) of all high ranking CNN personnel who are Jewish.

Which, again, is apparently, anti-Semitic. For some reason. Probably because it points out that is perhaps a bit odd (especially given CNN helps push workplace diversity), that a such an overwhelming majority of said top positions is filled from a population that makes up less than 3% of the national demographic. I suppose, were one to infer some level of malice based on race, but merely stating the oddity now is, apparently, anti-Semetism. Or perhaps the fact that said personnel do not openly proclaim their ethnicity, and allow you believe them merely to be “white?”

I’ll let others decide such things. But it does offer some hilarity, if you like messing around with ancient quotes that fit the News all to well these days.

The CNN is immunized against all dangers: one may call him a scoundrel, parasite, swindler, profiteer, it all runs off him like water off a raincoat. But call him Fake News and you will be astonished at how he recoils, how injured he is, how he suddenly shrinks back: “I’ve been found out.”

One cannot defend himself against the CNN. He attacks with lightning speed from his position of safety and uses his abilities to crush any attempt at defense. 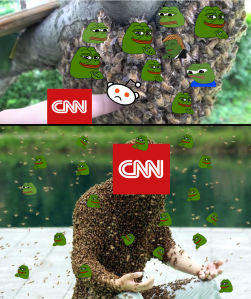 Quickly he turns the attacker’s charges back on him and the attacker becomes the liar, the troublemaker, the terrorist. Nothing could be more mistaken than to defend oneself. That is just what the CNN wants. He can invent a new lie every day for the enemy to respond to, and the result is that the enemy spends so much time defending himself that he has no time to do what the News really fears: to attack. The accused has become the accuser, and loudly he shoves the accuser into the dock. So it always was in the past when a person or a movement fought the News. That is what would happen to us as well were we not fully aware of his nature, and if we lacked the courage to draw the following radical conclusions:

1. One cannot fight the CNN by positive means. He is a negative, and this negative must be erased from the national system or he will forever corrupt it.
2. One cannot discuss the CNN question with the CNN. One can hardly prove to a person that one has the duty to render him harmless.
3. One cannot allow the CNN the same means one would give an honest opponent, for he is no honorable opponent. He will use generosity and nobility only to trap his enemy.
4. The CNN has nothing to say about national questions. He is a foreigner, an alien, who only enjoys the rights of a guest, rights that he always abuses.
5. The so-called “free press” morality of the CNN is no morality at all, rather an encouragement to betrayal. Therefore, they have no claim to protection from the state.
6. The CNN is not smarter than we are, rather only cleverer and craftier. His system cannot be defeated economically — he follows entirely different moral principles than we do. It can only be broken through political means.
7. A CNN cannot insult a person. CNN slanders are but badges of honor for a human opponent of the News.
8. The more a egalitarian person or a egalitarian movement opposes the CNN, the more valuable it is. If someone is attacked by the CNN, that is a sure sign of his virtue. He who is not persecuted by the CNN, or who is praised by them, is useless and dangerous.
9. The CNN evaluates human questions from the CNN standpoint. As a result, the opposite of what he says must be true.
10. One must either affirm or reject anti-CNN sentiment. He who defends the CNN harms his own people. One can only be a CNN lackey or a CNN opponent. Opposing the CNN is a matter of personal liberty. 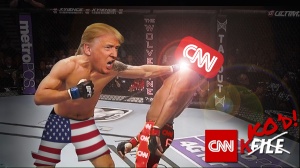 1 thought on “The News Cries Out As It Strikes You”