So, I was under the impression that Rhyd Wildermuth, resident radical of Gods & Radicals, had set his private blog to, well, private. But apparently he decided to make a public statement. Normally I wouldn’t care all that much, except that this public statement happens to be…relevant. 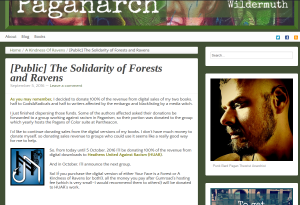 As you may remember, I decided to donate 100% of the revenue from digital sales of my two books, half to Gods&Radicals and half to writers affected by the embargo and blacklisting by a media witch.

Actually, I must have missed that memo. That being said, good on Rhyd for donating the money from his books. Of course, donating half that money to the non-profit and tax free website/collective you founded, own, and I do believe are compensated to write for is…generous to say the least. Now, where have I heard behavior like that before?

Eh, I can’t remember. I’m sure it will come to me though. Maybe it was in an email that got deleted?

Still, you know, 50% of the money donated to something you don’t own is a pretty generous donation, statistically anyways. I mean, depending on how many books have sold the actual amount could be rather insignificant. I mean, if we count the sales from my non-existant book, I could easily donate 50% of that money to people who have been affected by an embargo and blacklisting by “a media witch.”

Of course, the only “media witch” I’ve heard leading any embargos is Rhyd, or some of those in the Transgender community who with their allies managed to get that Dianic lady unjobbed from Cherry Hill or whatever that place was. So I suppose her check is in the mail, and probably some for me, Krasskova, Jo of Upsal, and many others. I’m glad to see that Rhyd is donating money to those of us affected by his “new-right” expurgation.

I just finished dispersing those funds. Some of the authors affected asked their donations be forwarded to a group working against racism in Paganism, so their portion was donated to the group which yearly hosts the Pagans of Color suite at Pantheacon.

Funny, donating it to a PoC group at Pantheacon. Seeing as how with Declaration 127, Huginn’s Heathen Hof has engaged in the largest active action of Racism in Paganism that I have ever seen, leading the charge for a bunch of “Heathen Organizations” to literally purge Heathenism of an entire Ethnic Asatru Religion based solely on the ethnicity and sexual orientation of said Ethnic Asatru Religion.

So really, I think if we’re “fighting against racism” I’d think the most logical place for a donation to fight racism would be to the victims of actual racism. Namely, the Asatru Folk Assembly. Who are experiencing a forcible attempt to ethnically purge them from their own religion. Because of their race. Which is racism.

Come to think of it, I don’t think the AFA is allowed a suite at Pantheacon…due in part to their ethnicity…

I’d like to continue donating sales from the digital versions of my books. I don’t have much money to donate myself, so donating sales revenue to groups who could use it seems like a really good way for me to help.

Marxism really doesn’t do well when it comes to philanthropy does it Rhyd. It’s like you have to be some sort of greedy, oppressive capitalist in order to be able to donate vast sums of money to worthy causes you believe in. 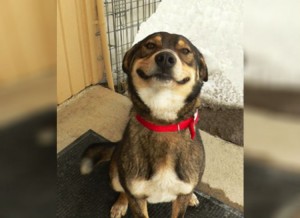 So, from today until 5 October, 2016 I’ll be donating 100% of the revenue from digital downloads to Heathens United Against Racism (HUAR).

Wait, Rhyd, you’re going to donate money to help fight against racism…by donating 100% of your ebook sales to….quite literally the most Racist organization in all of Heathenism. An organization that for years has systematically attacked and attempted to purge every ethnic branch and twig of the Heathen religions solely on the bases of the ethnicity of those Heathens. A group who, if you do not meet their racial purity quotas, will attempt almost any tactic they think needed in order to shame, disgrace, and dispand any Heathen Ethic Religious Group, no matter how small and prevent them from practicing Heathenism based solely on the race of HUAR’s target.

Fucking Hel, Rhyd, you might as well just donate to BLM or the KKK. This is quite literally funding racism, not funding to stop it.

And in October, I’ll announce the next group.

So! If you purchase the digital version of either Your Face is a Forest or A Kindness of Ravens (or both!), all the money you pay after Gumroad’s hosting fee (which is very small–I would recommend them to others!) will be donated to HUAR’s work.

And going so far as to encourage other people to donate to a racist hate organization. Good Grief.

But, hey, I understand. I think I recall seeing somewhere that Rhyd and Smith (who helped start HUAR, if I remember right) are comrades in arms or friends or something like that. So, you know, it’s nice of Rhyd to encourage his followers to donate money to his friend’s organization and to donate his own money to his friend. I suppose that is a bit better than Rhyd donating his money to himself, because at least it’s going from his pocket to another pocket, rather than from his right pocket to his left pocket. Still, it’s a shame to see Rhyd lowering himself to hanging out with purveyors of racism (not to mention I’ve heard HUAR  has issues with homophobia and transphobia, at least if you believe former members who claim they were kicked out over that issue. The wild hunt had a story about it).

Still, generosity is a virtue in Heathenism, so I suppose I cannot complain that heavily. After all, I might be getting a check from Rhyd because of this “embargo” or at least have pleasure of seeing many people hurt by racism, sexism, and ideological supremacy compensated a bit for the pains they have suffered since Rhyd kicked everything into a political malestrom. It’s nice to see he’s at least trying to repay those harmed.

3 thoughts on “The Solidarity of Radicals and Racists”